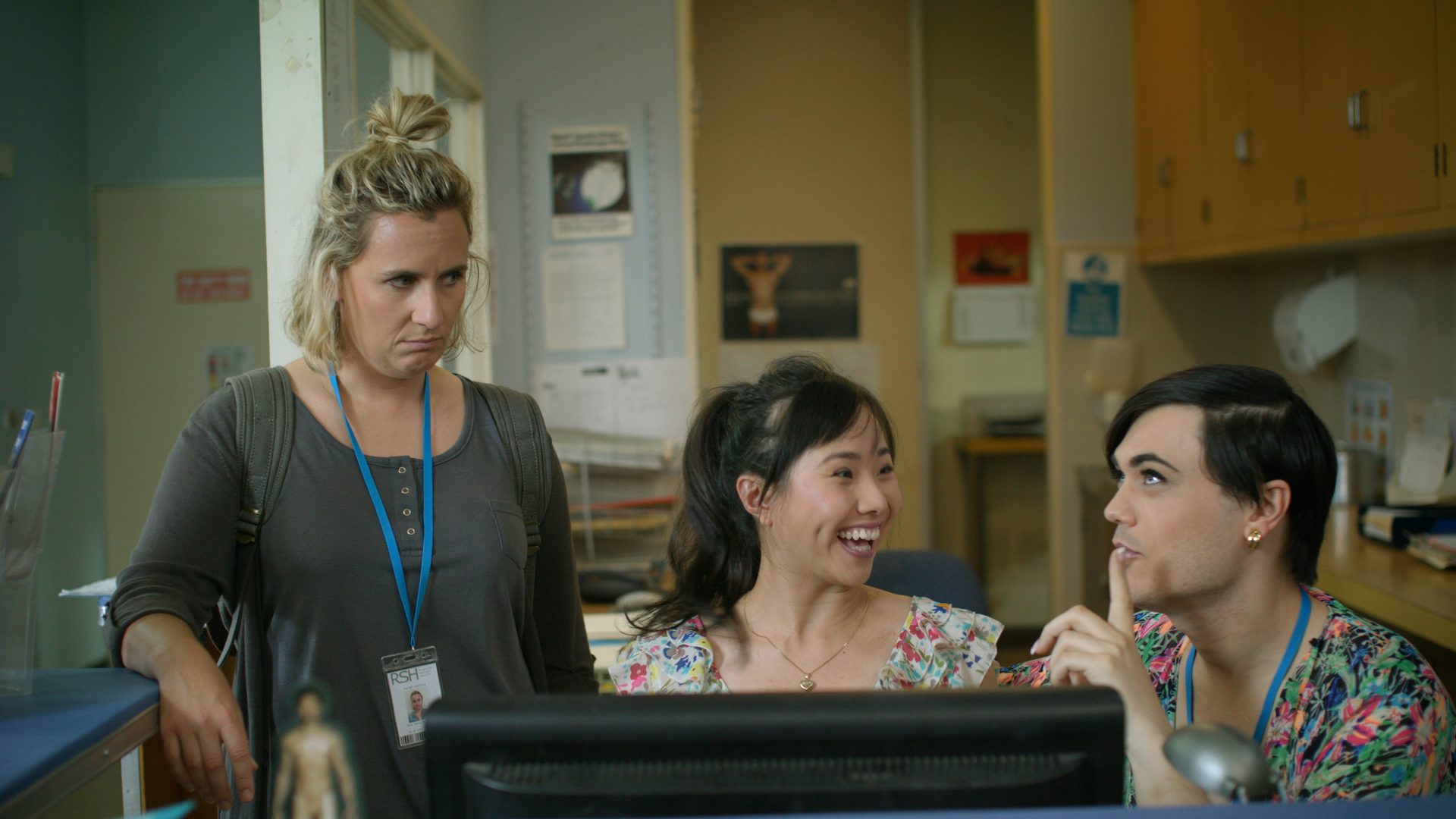 Aussies give Sexy Herpes to Canadians

We love to celebrate our friends’ successes, so here’s the release from the team behind one of our 2018 award winners…

Ever dreamt of making a tv show on a tiny budget and selling the format rights to a major international production house? Well a group of emerging Aussie creators did just that. And now they have their sights set on taking it to the rest of the world, including a longform series back in Australia!

It was a chance meeting in 2016 that brought Dan Mulvihill, Mad Dan Productions, and Duy Huynh, Beyondedge together. Mulvihill had just finished a tough shift on the phones at a popular wine distributor and Huynh, lured by the promise of free booze, agreed to meet a friend at Friday night drinks.

The two quickly hit it off, commiserating over how tough it is to get film projects off the ground. “Let’s just make something. I just want to feel joy about this industry again!” Huynh groaned, the legacy of 5 years trying to get funding for a feature.

Mulvihill and creative business partner, Madeleine Dyer, have been trying to get projects greenlit for years too, but the hurdles were great and many. Screen-industry funding is tough and with so many knock-backs, they were desperate – and it was make or break time for the Mad Dan team.

“We might have a project for you…” Mulvihill & Dyer offered.

“Let’s do it!” Huynh replies, scraping together a very minimal budget from Huynh, partner Andrew Kelly and Dyer’s friends and family. Instead of a pilot, which would end up in some Executive’s inbox, the team agreed to make a web series, 6 x 10 mins. It would mean they could use it to build an audience rather than just going straight to longform.

Begging, borrowing and not-quite stealing, the team made up of Mulvihill, Dyer, Huynh and Kelly, set out to make the series. Bringing together a cast and crew willing to do it on deferred payment. Madeleine Dyer would write & direct, Mulvihill would write & produce and Huynh and Kelly bringing their Executive Producing nous, as well as being on kitchen duty – literally, cooking for the 9 days of shoot.

“Herpes though…” Huynh wondered, “is a really off-putting title. Can we make it a little more attractive than that?”

“How about Sexy Herpes?” Mulvihill offered. And with that, the team launched the webseries in 2017 on the world film festival circuit, being officially selected in 19 festivals and winning awards at NZ WebFest, Minnesota WebFest, London Short Series Festival and Asia Web Awards. The series found a following and was picked up and screened by Channel 9, Virgin Australia InFlight, Seeka TV and Revry.

But more importantly, it found it’s way to Fabienne Larouche and Marie-Andrée Labbé at AETIOS in Canada, who reached out about buying the TV format.

“It’s probably a scam, but let’s take the call anyway,” Dan Mulvihill was working in the mines in Queensland at the time and took the Skype call in full high-vis uniform.

AETIOS adapted Sexy Herpes to a French-language longform which they renamed to Sans Rendez-Vous, making 10 x 30 mins for Canadian Broadcasting Commission and ICI TOU.TV. This October, Sans Rendezvous premieres on Canadian TV, with another season already on the cards.

The team have joint-ventured with AETIOS to take the format to the rest of the world, whilst negotiating to retain rights in Australia. Fingers crossed the world will get an English-speaking amalgamation of Sexy Herpes/Sans Rendez-Vous long-form series soon, so stay tuned.

With the commercial success under the belts, the Mad Dan team are in the final stage of a feature Blood Sisters with Roaring Entertainment and a black comedy Trouble Karma Christmas with Hoodlum Entertainment, set to go into production in 2022.

The Beyondedge team are in post-production for a documentary on happiness called How to Thrive, which received Screen Australia and Film Victoria production funding with the team raising over $550,000 in Philanthropic funding.

What started out as a commiseration over how tough the industry is, has become a success story for the collaboration, with Sexy Herpes providing returns and inroads to international markets to support their ongoing work as content makers.

Sexy Herpes stars Genevieve Morris, Harriet Dyer & Rohan Nichol and you can watch it for free.